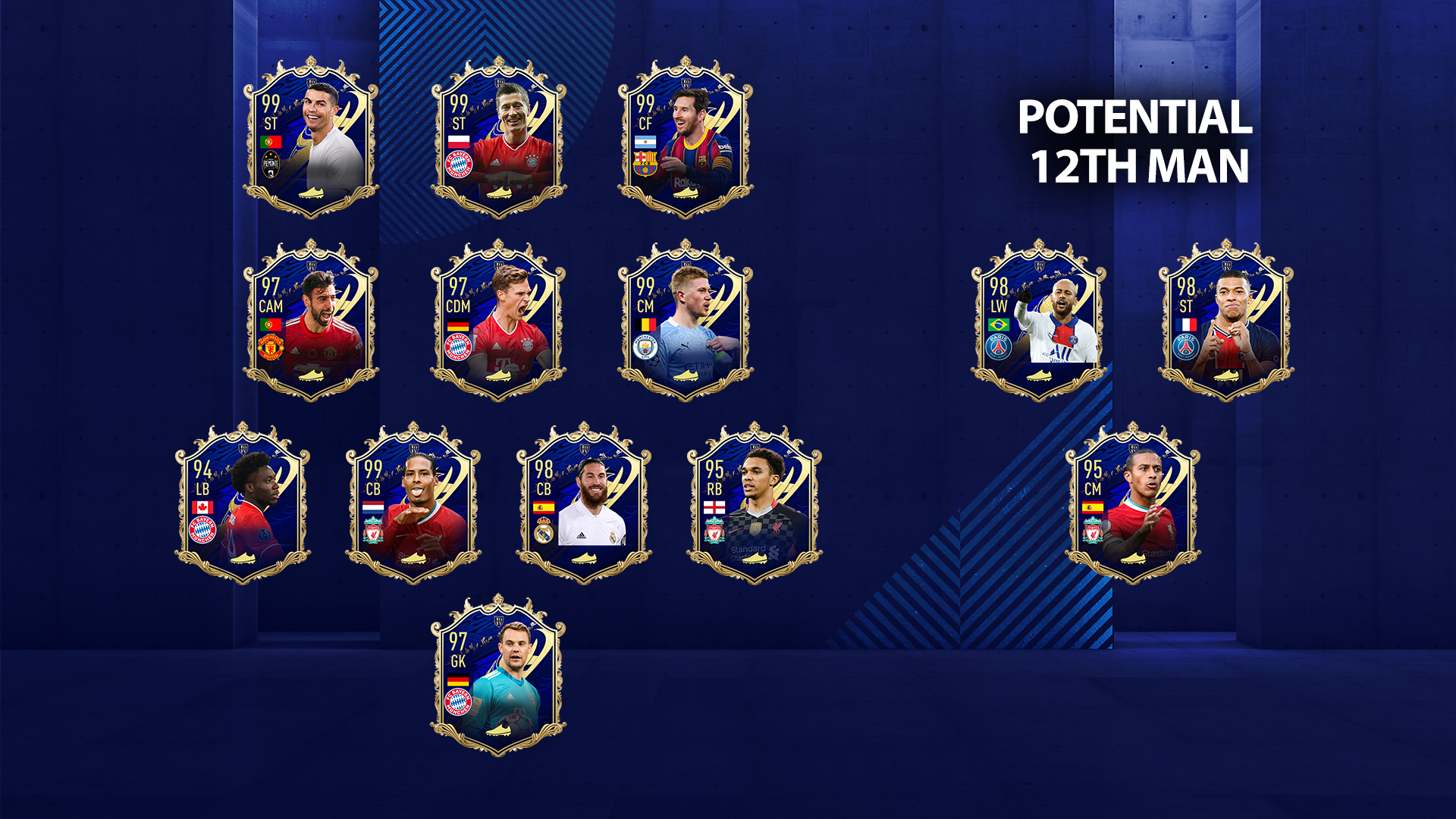 It is arguably the most exciting time of the year for Fifa players, as the Team Of The Year promo is just around the corner. In January each year, the Fifa Team Of The Year is announced and to celebrate, EA release special Fifa Ultimate Team cards for the players that are featured in the TOTY squad. Usually, the Team Of The Year squad is chosen by a mix of professional players and managers, however, for the Fifa 21 TOTY, things have been done a little differently.

Up until January 18th, EA Sports have given the Fifa players the biggest say in who will be featured in the Fifa 21 Team Of The Year. Players all over the world have been able to vote for the players they think deserve a spot. However, players did not free reign on who they could vote for. Players could only vote for the ones that made it into EA’s TOTY nominees:

Based upon how the Fifa 21 TOTY is set to be voted for, we have made some Fifa 21 Team Of The Year predictions. As it is the Fifa players who are making up for the majority of the vote, it is important to note we have taken into consideration that some voters will choose players based on the Ultimate Team cards they would receive. The official Fifa 21 Team Of The Year is rumoured to be announced on January 22nd. But finally, here we have it, our Fifa 21 TOTY predictions.