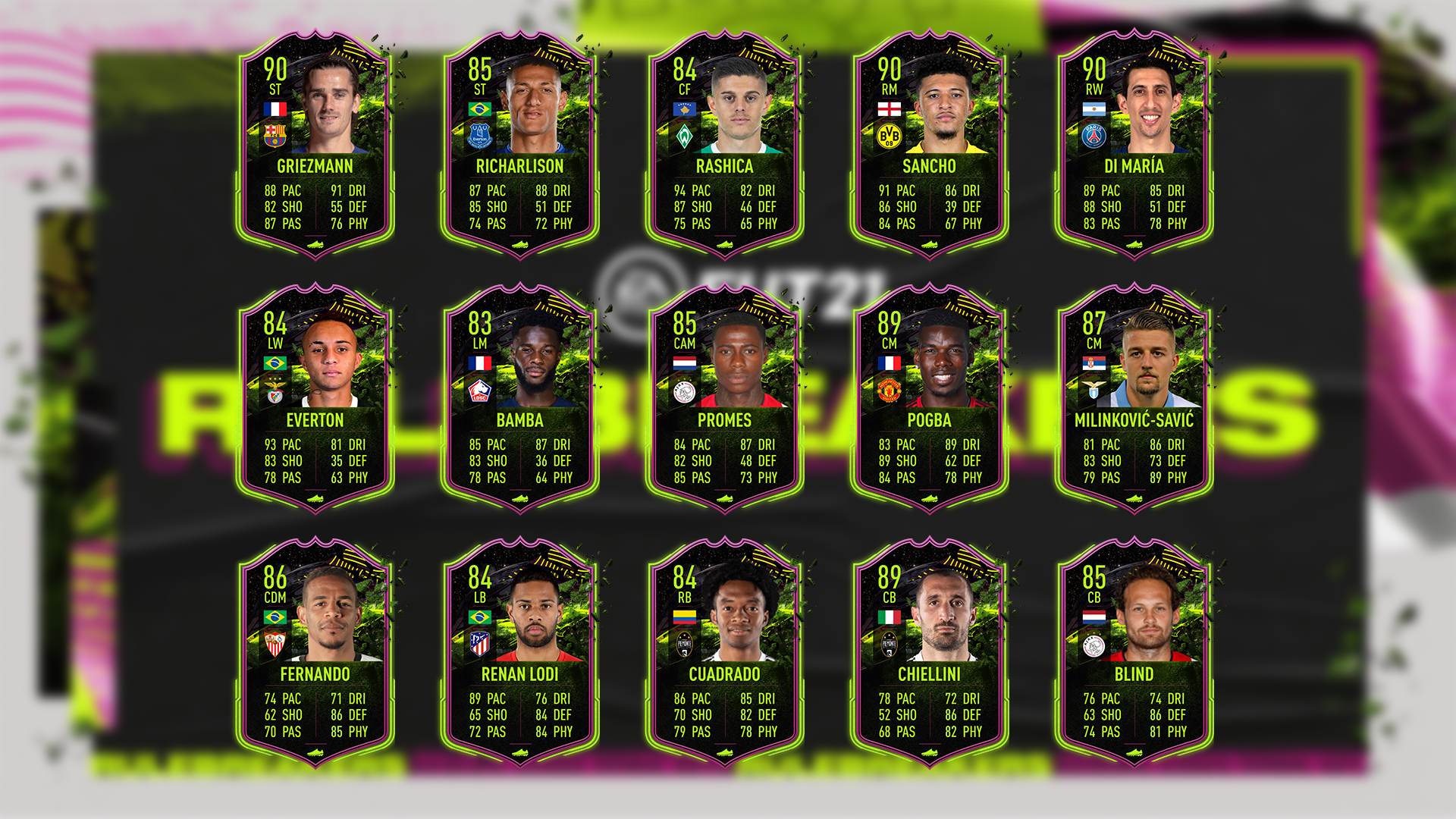 EA Sports have released a brand new promo for Fifa 21, Rulebreakers. The concept for Rulebreakers is something that we have never seen before in Fifa Ultimate Team. The promo sees the rulebreakers leave behind their old play styles and develop into kinds of players with changes to their stats. Team 1 of Rulebreakers was released on October 23 and you can see which players were included in the image below.

It seems that every promo we see in Fifa Ultimate Team will now have a duration of 2 weeks, mostly featuring 2 teams. EA Sports have already confirmed that there will be a Rulebreakers Team 2. Ahead of the Team 2, release on October 30th, Gaming Broadband have created some cards we think might be featured. Take a look at our Rulebreakers Team 2 predictions in the image below!

Each of the players featured in our predictions for Rulebreakers Team 2 have received overall ratings increases as well as stat-changes to fit the promo’s concept of changing their play styles. For example, we have given Jadon Sancho a pace and shooting increase, but reduced his passing and dribbling, so he has become more of a direct, attacking winger than a creator.

Out of all the players that are featured in our Rulebreakers Team 2 prediction, which player would you most like to see featured? You can leave a comment using the box below!