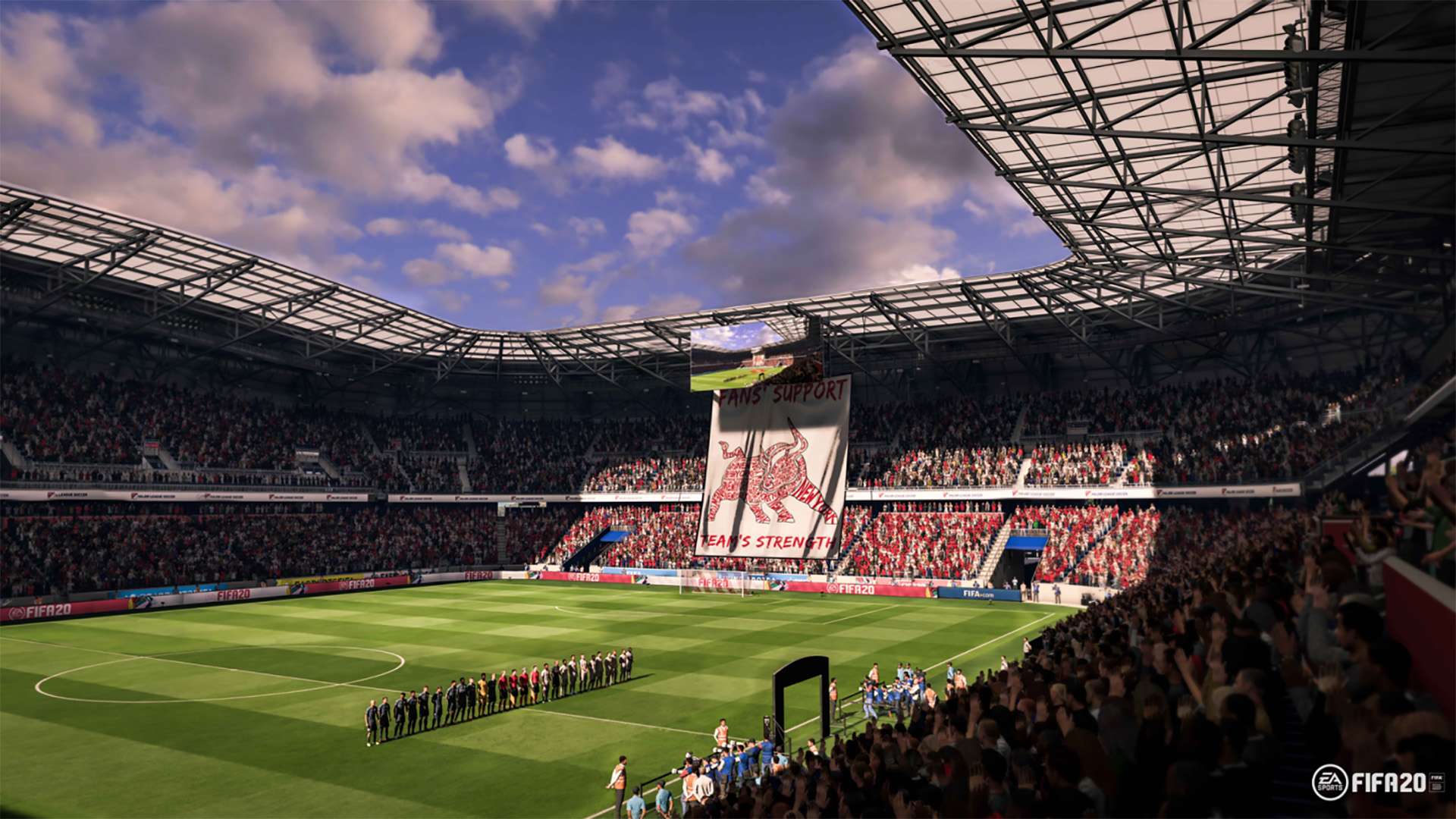 Sky Sports To Use Fifa 20 Audio In Empty Stadiums

Premier League football is set to make return this month after being suspended due to the Covid-19 outbreak. However, as fans are not allowed to attend the stadiums to spectate due to social distancing rules, the matches will be played in an empty stadium. Obviously playing in an empty stadium is going to have a massive impact on the atmosphere, and therefore, Sky Sports have been looking for alternatives to maintain the usual atmosphere.

“With live sport on hold for over two months, we have spent a lot of time thinking about how we broadcast in new ways to bring fans together, even if they can’t meet up to watch the match. We want Sky Sports viewers to still feel it all and have the best possible viewing experience – even if they can’t be in the stadiums or watch with their family and friends,” said Sky Sports managing director Rob Webster.

One solution that Sky Sports have came up with is to use Fifa 20’s crowd sounds and chants. Sky Sports are working closely with EA Sports in order to replicate the same audio used within the game to play during the matches in the hopes “the vibrant atmosphere of Premier League clashes” can still be felt. It will certainly be interesting to see what the atmosphere is like once the Premier League action returns and whether Fifa 20 audio will be used.

Recently EA have dropped the Team Of The Season So Far promo which is the alternative of the usual, Team Of The Season. The best performing players from around the world received a TOTSSF card in the popular gamemode Fifa 20 Ultimate Team. Can the featured players carry on performing at the top level once the footballing action returns?