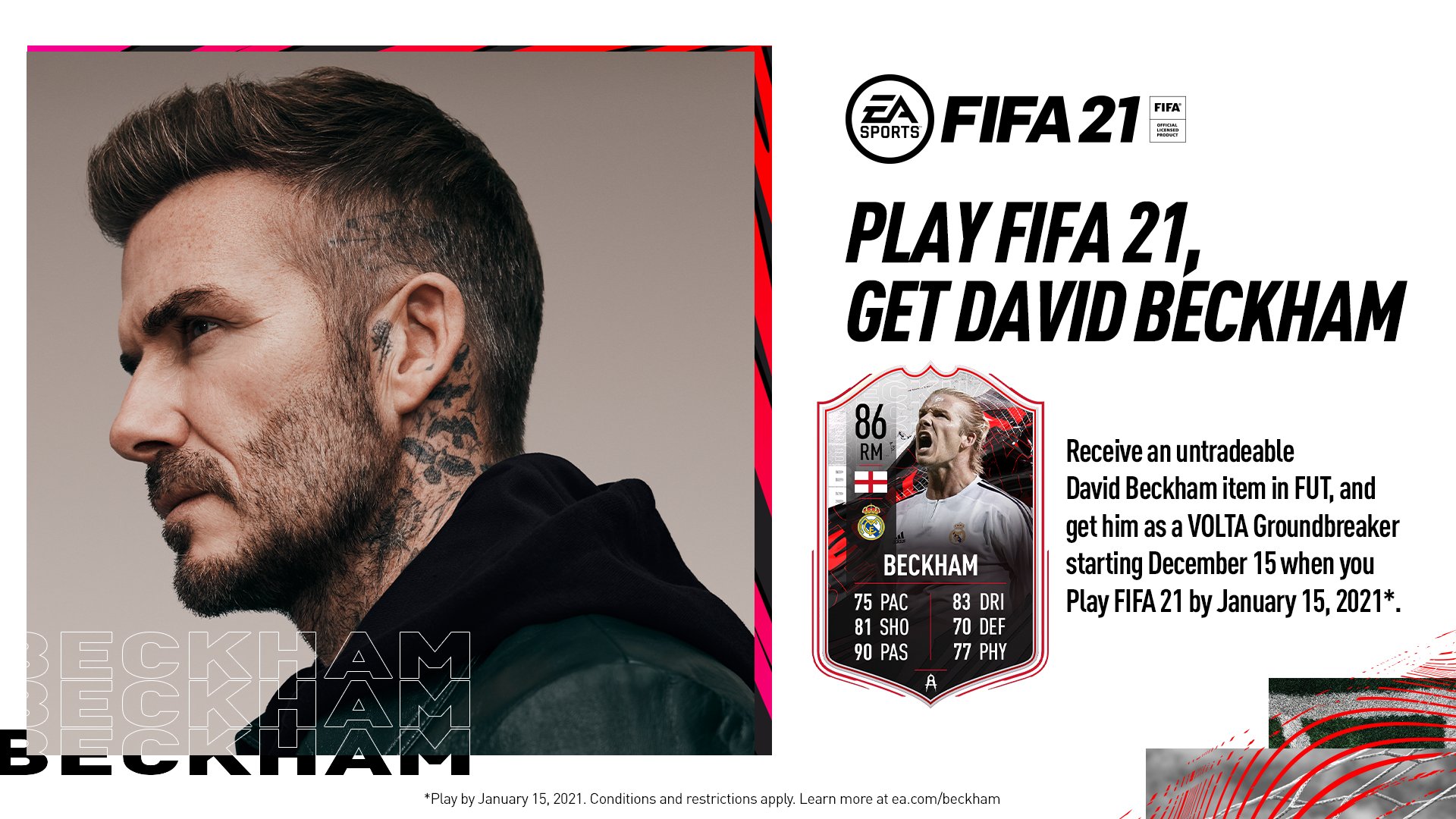 OFFICIAL: A Free David Beckham Card Is Coming To Fifa 21

Alongside his standard icon cards, all Ultimate Team players can obtain a one-of-a-kind Beckham card for free! All you need to do is ensure that you play Fifa 21 by January 15. The free Beckham item will be an 86 rated card celebrating his debut season for Real Madrid in the 2003/04 season. It seems that EA will start to give out the Beckham card starting December 15.

If you are a passionate gamer, whether that is Fifa 21 or any other games, you will be interested in the services that we provide at Gaming Broadband. We provide gamers with elite-level, ultrafast broadband for gaming. If you are interested in upgrading your broadband connection for gaming, then take a look at our plans or use our availability checker.