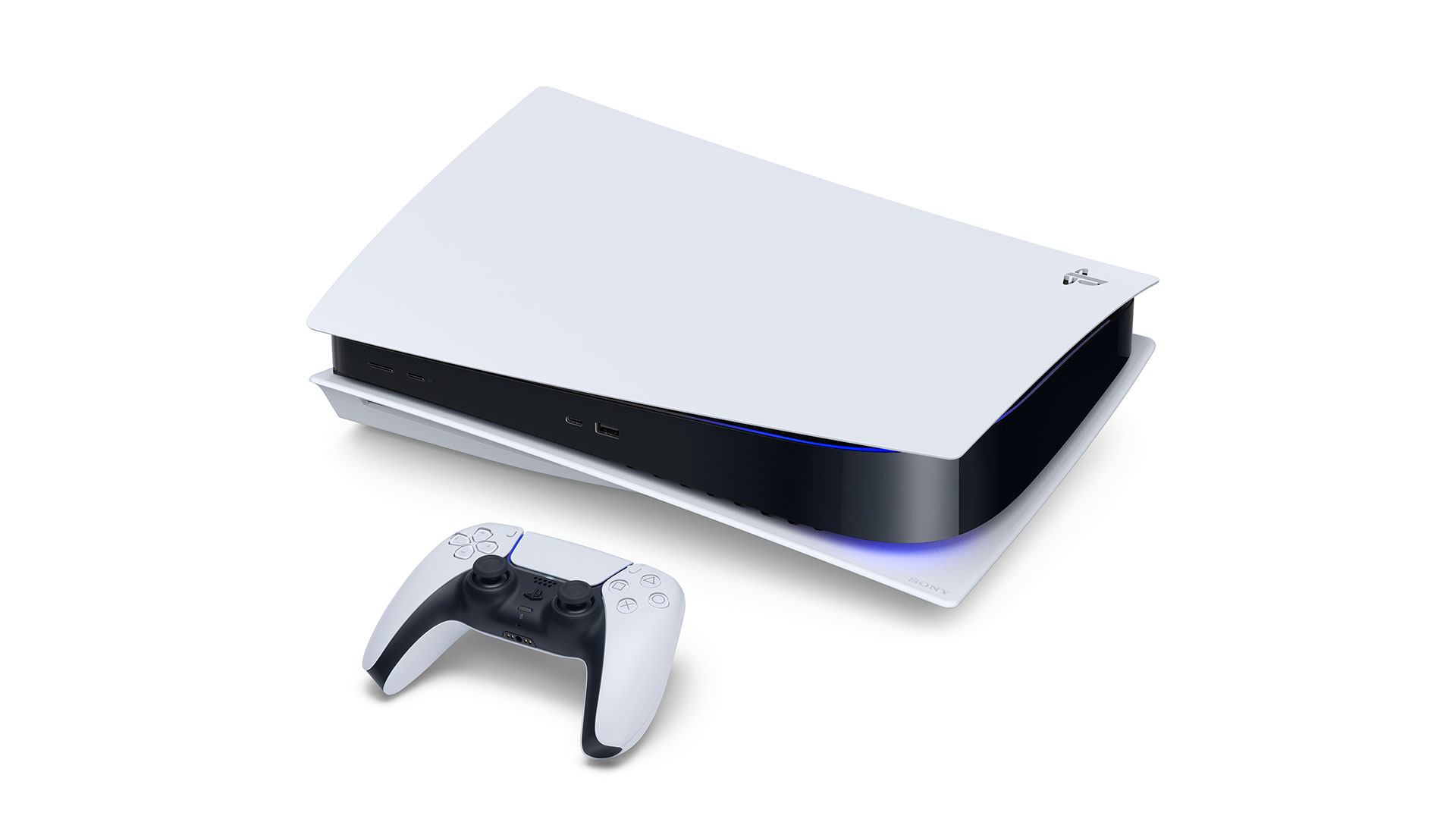 All The PlayStation 5 Games Available At UK Launch

The PS5 is officially here. Well, if you are in US, Japan, Canada, Mexico, Australia, New Zealand and South Korea that is. For us UK folks, the console will be arriving on November 19. Ahead of the PS5’s UK release day, we have taken a look at all the PlayStation 5 games available at UK launch.

Assassin’s Creed Valhalla
IGN rating: 8/10
Assassin’s Creed has been a fan favourite since the game’s release back in 2007, with the latest edition being made to available to play on the PS5. Creed Valhalla focuses on the Viking invasion of Britain, during the 9th century. Take control of the raider Eivor, as you set upon an adventure of trying to claim a new home.

Astro’s Playroom
Push square rating: 9/10
Announced at the PlayStation 5 reveal event, the ASOBI Team have produced a sequel for the fun-loving Astro Bot. This game is available to play without download on all PS5 consoles.
Use the DualSense controller and take control of this futuristic robot in exploring the wonderful playroom which is truly out of this world. It’s so upbeat and advanced, Astro could well become a true icon in years to come.

Borderlands 3
Steam rating: 9/10
Onto a first-person shooter game now, with the fourth edition of the Borderlands series being made available upon the PS5 launch.
Be prepared for fast paced action and explosions, believe us, there are plenty of explosions. This is certainly a fitting game for those seeking some aggressive fighting action, but due to the ‘cartoony’ graphics, the violence is controlled and not too explicit.
Fly across the galaxy and challenge the alien bosses – we’re calling this a mix between Guardians of the Galaxy and Call of Duty.

Bugsnax
Push Square rating: 7/10
Bugsnax was one of the free games made to play on the Playstation 4 back in November, to which we provided a review on.
This whacky, colourful world is the perfect place to escape reality, but just be wary if you’re hungry! Snaktooth island is filled with living food creatures taking a stroll – these are what we call the bugsnax.
Catch them during your journey, where you will discover places like deserts, forests and beaches.
We’re putting this game down as one for the kids.

Call of Duty: Black Ops Cold War
One of the most highly anticipated games of 2020: Call of Duty is coming to the PS5, in the shape of the sixth edition of Treyarch’s Black Ops series.
The clue is the name with this edition – it’s all about the Cold War. For those not clued up on their 20th century history, this doesn’t necessarily mean that’s solely based in winter.
In the campaign, you take on the role as Russell Adler, a CIA officer on the pursuit of an alleged Soviet Union spy.

Dead by Daylight
Steam: 9/10
Halloween is behind us, but you we will certainly get a fright in Dead by Daylight.
It’s all about survival in this horror game, as you do what you can to hide away from the chosen killer.

Demon’s Souls
One for the fantasy fans here. Demon’s Souls has been a smash hit since its release back in 2009, with FromSoftware creating a wonderfully mythical world for you to explore and fight killer bosses.
There is a hint of ‘World of Warcraft’ to the gameplay, making it the perfect fit for those wanting to dive deep into the realms of a fictional land.

The sixth edition of the Devil May Cray series, this game was first released back in March 2019. Dante and Nero return in similar edition to the previous installments, with there being plenty of demons to battle. The aim? Stop Urizen from rising up and destroying earth.

Steam Rating: 6/10
Our first racing car game to cover on this list, and we can’t imagine that the title will be an unfamiliar one with readers. This is the eighth edition of Codemasters’ ‘Dirt’ and chances are you already know what to expect.
Tackle off-road circuits around the world and even delve into a little campaign, where you face off against Bruno Durand across a range of Championship styled tournaments.

Fortnite
On the topic of games that need little introduction, Fortnite will indeed be part of the launch of PS5 games.
The battleground phenomenon continues to dominate in the gaming sphere, with a recent statistic recording that the game has amassed over 350 million players since its launch in 2017.
The blockbuster franchise continues to re-invent and keep their players interested. Season 5 of Fortnite is scheduled to begin on November 30 – how about that for some perfect timing?

Godfall
GamesRadar rating: 3.5/5
Godfall is a brand-new title introduced for the Playstation 5. Another one for the fantasy cravers too, with this game being based in a mythical world.
Complete the quests and upgrade your character along the way. When creating your warrior, you have the choice of five weapon classes: Dual blades, polearm, two handed war hammer, the two handed great sword and the longsword.

Goonya fighter
Initially launched for the Switch, Goonya fighter is making its way onto the list of Playstation 5 launch games.
The game looks to be a mix between Minecraft and Tekken – two characters battle it out in a combat styled fight, there can only be one winner!

King Oddball
Steam: 7/10
Quite a strange one here, as to the eye, this game looks more like one for a smart phone/device.
King Oddball is a circular character (hence the name) with a crown and helmet, who can release a boulder from its tongue. The aim is to simply crush certain targets with the boulder. Click, and your boulder will be sent flying!

Maneater
It looks as though Jaws as come lurking over to the world of video games.
Take control of a killer shark in Man-eater and, well, do exactly as the game title says! For a bit of narrative, you are trying to get revenge for your hunted mother!

Marvel’s Spider-Man
Will Marvel’s Spider-Man be available on PS5? The answer is yes – the Remastered edition and also, arguably most hyped next-gen game, the brand-new Miles Morales.
The latter has been released alongside the Playstation 5, following on the narrative from the original game. Defend New York City as Miles Morales – the new hero on the block.

Mortal Kombat 11
The eleventh main edition of Mortal Kombat is coming to the PS5. Released back in April 2019, readers will likely be familiar with the gameplay.
A 2.5D fighting game, it’s very similar to Tekken.

NBA 2K21
Of course NBA 2K21has been included in the list of PS5 launch games. Despite not receiving glowing reviews, the demand for the basketball simulation is always at the top end, every single year.
There isn’t much invention from previous years, but it’s the new updated version with players and teams – meaning gamers will play.

No Man’s Sky: The Next Generation
Another brand-new game being brought out with the console here: No Man’s Sky: The Next Generation.
The trailer sparked serious excitement online, as we followed some space explorers across unknown planets. The graphics look top notch and the gameplay looks intriguing, as there is so much to be explored.
We also caught glimpses of some fighter ships and a hint at shooting combats. This definitely looks like one worth trying.

Observer: System Redux
Steam rating: 9/10
Bloober Team have developed a real physiological drama with Observer, first released back in August 2017.
It’s been a big hit with players, who have been granted the power to hack people’s brains through technological devices.
Get ready to be analytical and dive deep into the minds – you are doing this work as a detective!

The Pathless
IGN.com rating: 8/10
Characters don’t come much cooler than those with a bow and arrow, and that’s the case in The Pathless.
Take control of the Hunter and search for a cure for the sake of your island, which has been cursed. You’ll be joined by an eagle on your adventure – get ready for some stealthy gameplay!

Planet Coaster
Ever dreamed of building your theme park? Of course you have, who hasn’t!
Planet Coaster was first released back in 2016 and the clue is the name with this one. Create some of the craziest rollercoasters in the world and see what your riders think of your work.

Poker Club
It’s time to go pro in Poker Club. Live the life of a professional and sit at some of the biggest high staked tables online.
Of course, this game is entirely fictional, and you are not required to deposit any real funds. The level of strategy is realistic though, and certainly worth a try if you are a fan of the cards.

Sackboy: A Big Adventure
Metacritic: 77% rating
Like Bugsnax, Sackboy caught the eye at the launch of the Playstation 5. It is one of the brand-new games to be included the initial PS5 launch package.
Based in Craftworld, which looks like the friendliest place in the universe, an enemy named Vex has arrived to reign terror over the land. Take control of Sackboy and venture upon the journey of saving your town. Yes, this is one more for the kids.

Warhammer: Chaosbane
Choose your character: Human, Elf or Dwarf. No this isn’t LOTR, but it is a typical mythical game. When settled on your player, you must help save your Empire, which is being destroyed by demons of Chaos. You probably get the drill of the narrative.

Watch Dogs: Legion
The Watch Dog series have grown to become quite iconic in just the three years since their launch. Legion is the latest installment of the Ubisoft series, and was released just last October. The setting is based in a ‘dystopian London’, and your task is to clear the name of Desec, who have been framed for bombings.
Co-op multiplayer is also available, meaning you can create your own team and tackle the range of missions.

WRC 9
IGN.com rating: 8/10
The second racing video game to be within PS5’s launch is WRC 9.
Standing for World Rally Championship, this is actually the official game of the world renowned auto-racing competition.
Released in September, the game has been met predominately with positive reviews. Jump in the hot-seat and take on the circuits – see if you can handle the track.