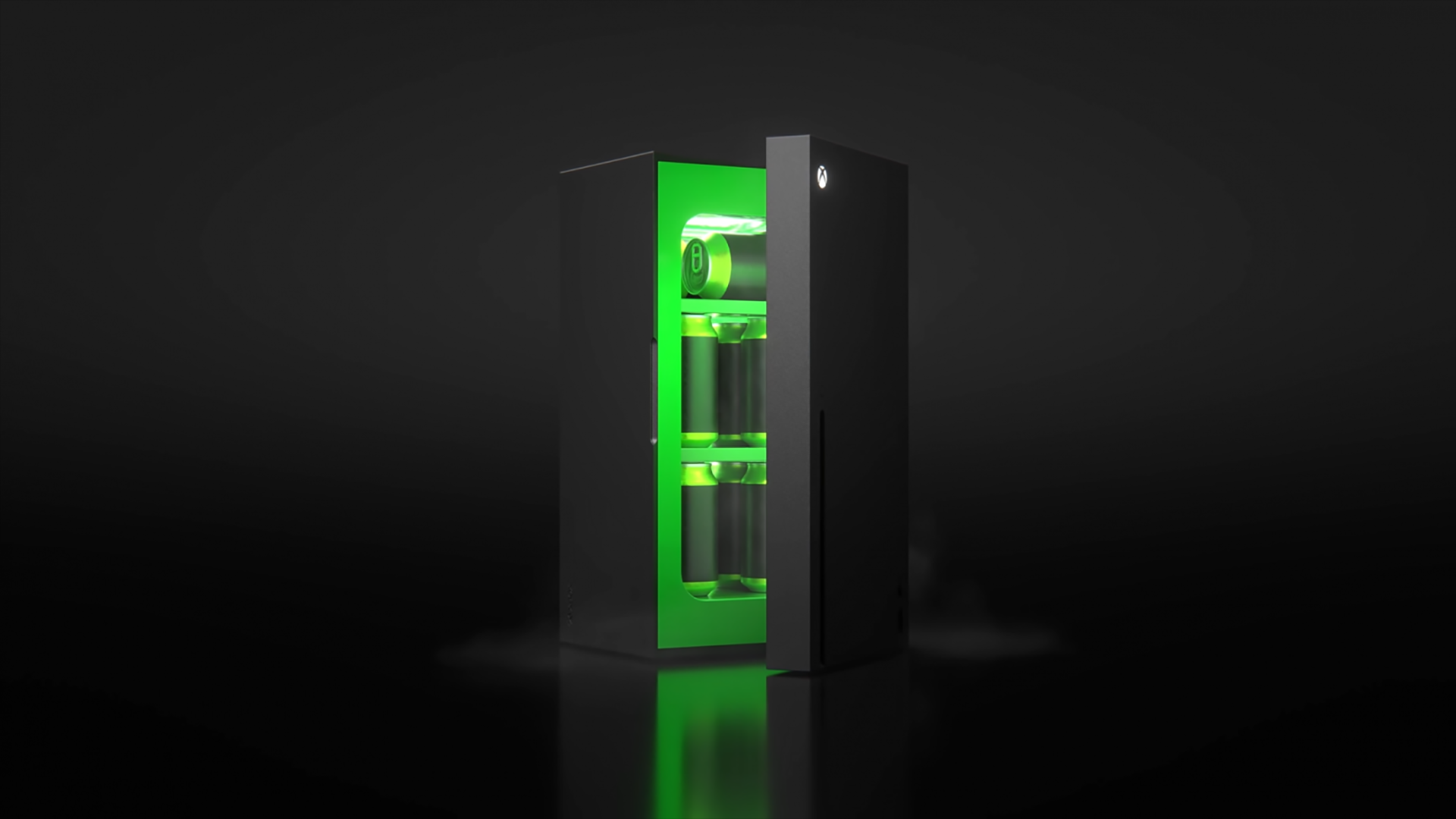 No, this is not a meme… Microsoft are really releasing an actual Xbox Mini Fridge, and it looks awesome!

We all know when Microsoft revealed the Xbox Series X, plenty of memes flew around the web, comparing the new console’s appearance to a fridge (being honest, it really does look like a fridge). Fortunately, as we have seen previously, Microsoft have seen the funny side of the comparisons and are making the memes a reality.

This is not the first time Microsoft have entertained the fridge memes. Shortly after the Xbox Series X was revealed to the world, and the memes began, Microsoft announced that they would be giving away a full-sized Xbox Series X fridge. As expected, there were only a few lucky winners who managed to get their hands on one of these, however, for everyone that didn’t get so lucky, Microsoft have just the product for you.

Microsoft have announced that they are releasing an official Xbox Mini Fridge that will be available for anyone to purchase! With a release date set for holiday season this year, its launch is not too far away. Besides that, we haven’t been given too much information about the product, however, we have been treated to a trailer to showcase the product. Feast your eyes on the official Xbox Mini Fridge announcement video below!

From the official Xbox Mini Fridge trailer, you can see the device looks almost identical to the Xbox Series X console. Additionally, although it is difficult to tell, we would the fridge to be of a bigger size than the console, with the trailer showing 10 beverages being stored in the fridge.

It is expected for Microsoft to reveal some more information rather soon, such as the price, availability and pre-order details. We can only imagine that such product will sell out at a rather impressive pace, considering it is the first of its kind. To keep up to date with all of the latest news and information regarding the Xbox Mini Fridge, then be sure to follow the Gaming Broadband Twitter Account.