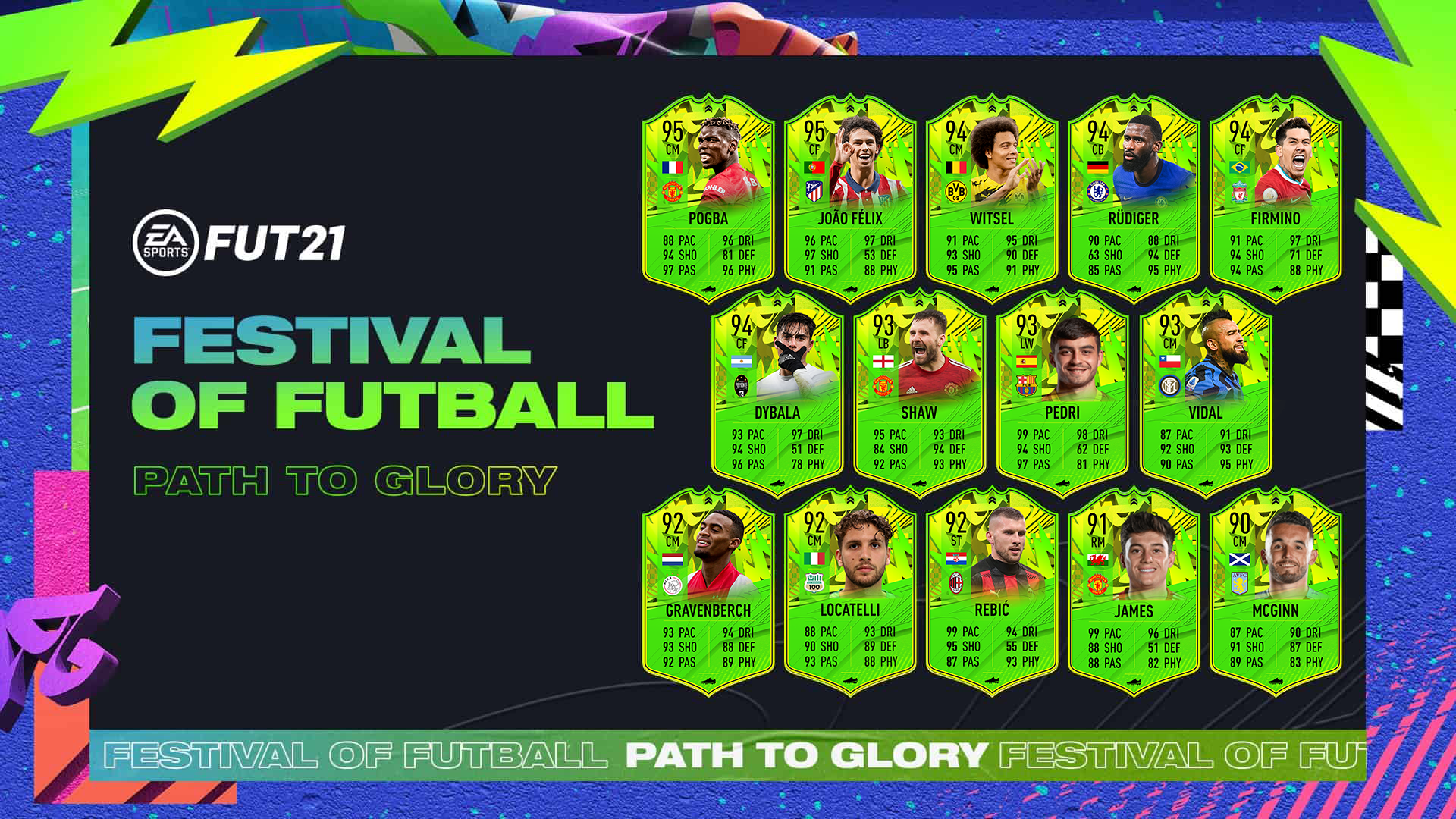 Last Friday, we saw the Festival of Futball begin in Fifa 21 Ultimate Team and safe to say, it began with a bang.

If you are unaware of what the Festival of Futball is all about, it is a promo for Fifa 21 Ultimate Team that celebrates and runs alongside Euro 2020 and the Copa America. The first part of the promo saw the release of Path To Glory Team 1, which can be seen in the image below. As you can see, all of the cards that featured are of an extremely high rating, which is expected at this stage of the game.

Each of the players featured in the Path To Glory squads have the chance to be upgraded, based on their nation’s performance at either Euro 2020 or Copa America (whichever their nation is competing in). The upgrade system works as follows:

Below, you can see exactly how the upgrades work. The total number of upgrades a player can receive is a +4, meaning that the 95 rated cards can work their way up to 99 rated overall.

At 6pm UK time, the second Path To Glory team will be released into Fifa 21 Ultimate Team. We do expect to see some of the players that we have predicted in the official team, but we will soon find out.