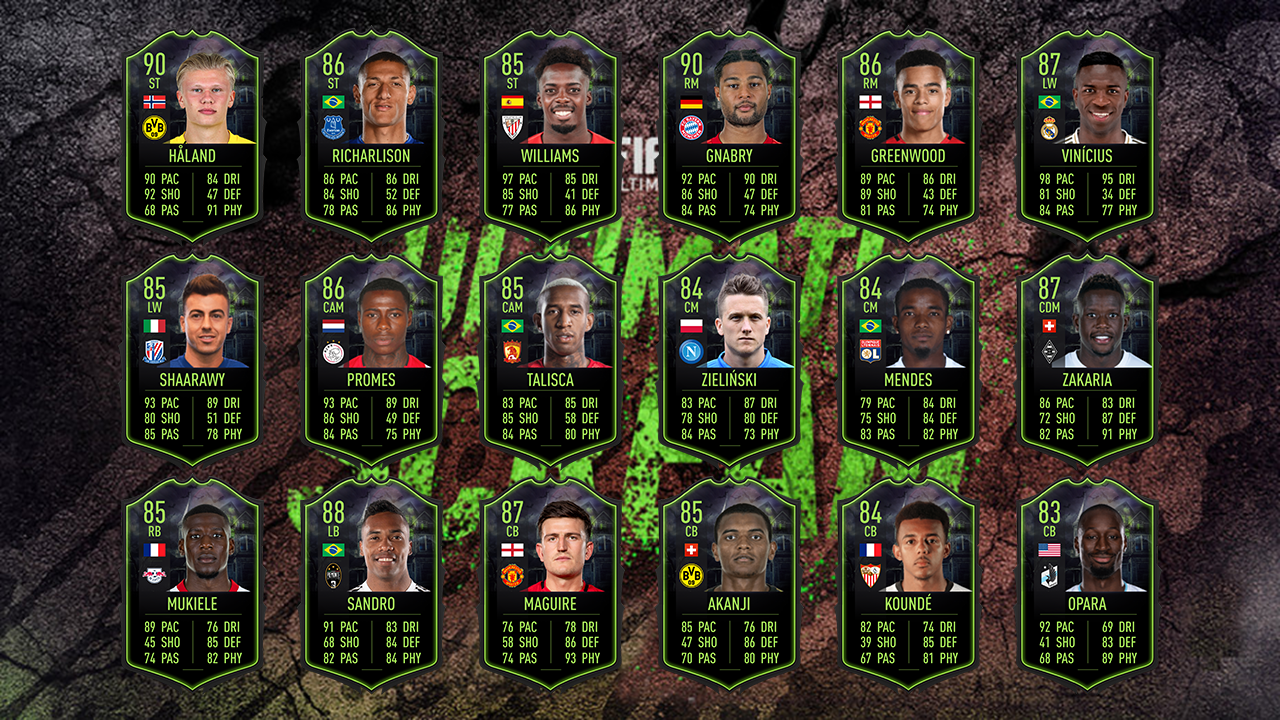 For those who don’t know what Ultimate Scream is, going off last year, it is when EA release special cards for Halloween which sees select players receive permanent upgrades to their ratings and stats. Each scream card receives a different combination of stat upgrades. Normally, two Ultimate Scream teams are released across two separate weeks, with these cards available in packs and on the transfer market. Separate Scream cards will also be obtainable through objectives and SBCs.

Take a look at which players Gaming Broadband believe have a good chance of being featured in the Fifa 21 Ultimate Scream promo:

As mentioned, not only will players be obtainable through packs, but also through SBCs and objectives. Scream cards from tradeable packs, you will be able to buy and sell on the Fifa transfer market, but as you might expect, most cards will come at a hefty price as usually scream cards can be ‘overpowered’.

Here are some bonus Scream predictions that may come to Fifa 21 in the form of an SBC or Objective:

Out of all the predictions show, which Scream card would you most like to use in Fifa 21? Our favourite has to be the Nainggolan card. His standard gold card is already super powerful as it is so any sort of boost he may receive would only make him even more over-powered.

This will be the second promo of Fifa 21 with Ones To Watch being the first. If you missed the OTW promo, you can read all about it here.