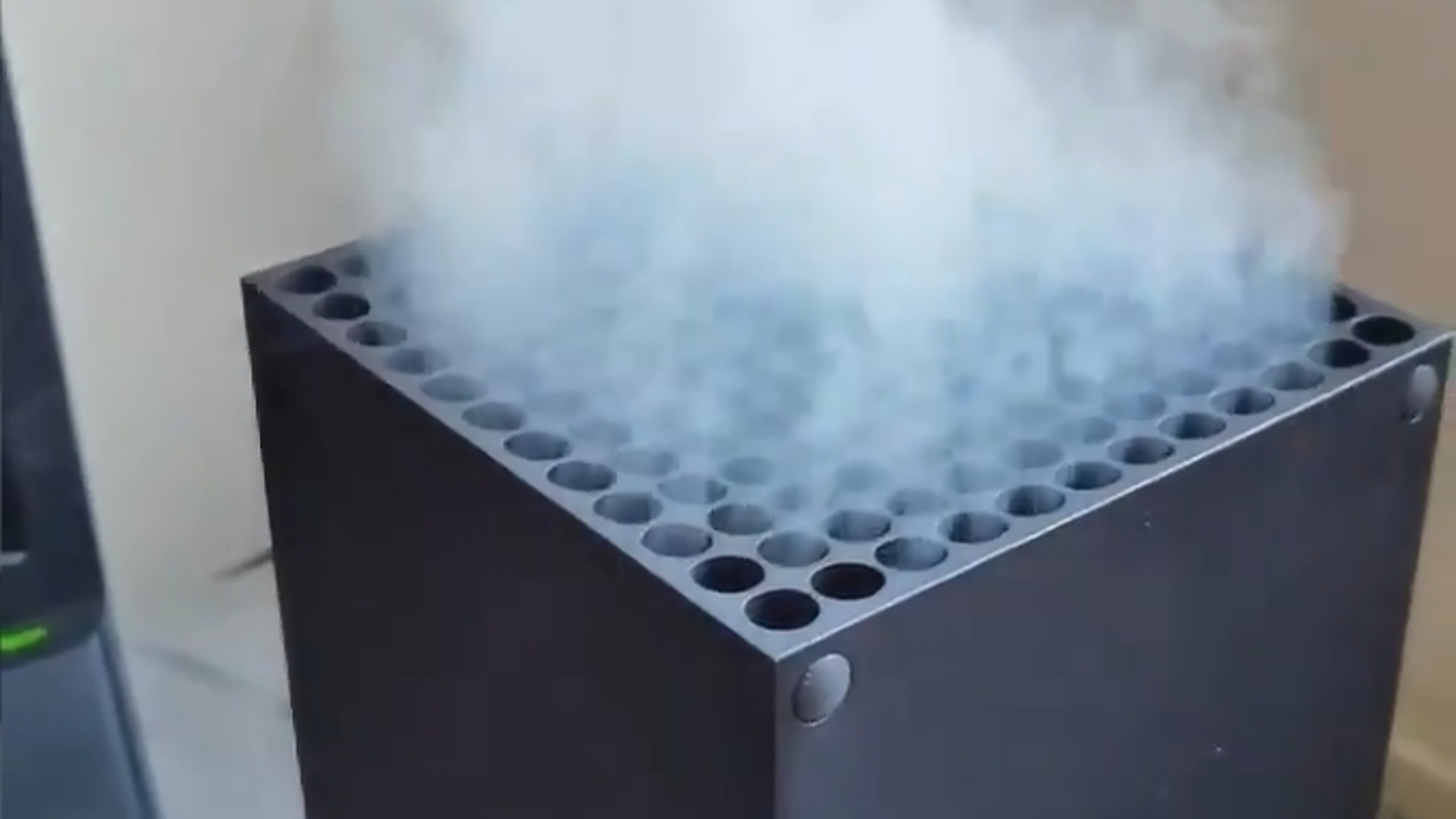 The Videos Of The Xbox Series X “Smoking” Are Not Real

The Xbox Series X and Series S were officially launched on Tuesday, so inevitably, they were going to be making the headlines. Unfortunately for Microsoft though, the Series X was hitting the news for all the wrong reasons. Each console was destined to go viral, but circulating clips online must have quickly sent alarm bells at Xbox HQ ringing. Videos of the Series X ‘overheating’ were being shared on Twitter, with smoke pouring out the top of the machine. Quite a sight for concern, buyers were inevitably asking questions. Worries began to spread like wildfire, if you pardon the pun, but such panic was quickly put to bed. We can fortunately say the videos of the Xbox Series X “smoking” are not real.

The new Xbox seems to be running well pic.twitter.com/dhpmXvFrG6

The Twitter account @XboxStudio ended the conspiracy theories by showing exactly how the clips transpired. They showcase how smoke still manages to enter the console and is released from the top, without the power even being on. Shutting down what they labeled as ‘fake news’, they used a vape pen to replicate the supposed smoke. Despite their video though, precautions are still being taken.

According to Eurogamer, a Microsoft representative provided them with the following statement: “We take all product safety reports seriously and our products meet or exceed industry standards. We are in the process of investigating further.” Such a response can be expected, as the organisation can never take such accusations lightly. The selected users that posted the initial videos claimed they are indeed real, but they do seem to have been debunked. The saying, which is rather fitting, does go that ‘there is no smoke without fire’, but it appears as though such claims have been somewhat fabricated.

Are you picking up a next-gen console, or a passionate PC gamer? Well, you may want the best broadband for gaming to go with it. Here at Gaming Broadband, we provide UK gamers with elite-level broadband, perfect for gaming. We can provide ultrafast, reliable broadband which utilises peering arrangements with major entertainment companies like Microsoft and Netflix, resulting in lower latency and ping. If you are interested, then take a look at our plans or use our availability checker to see what is available for you.