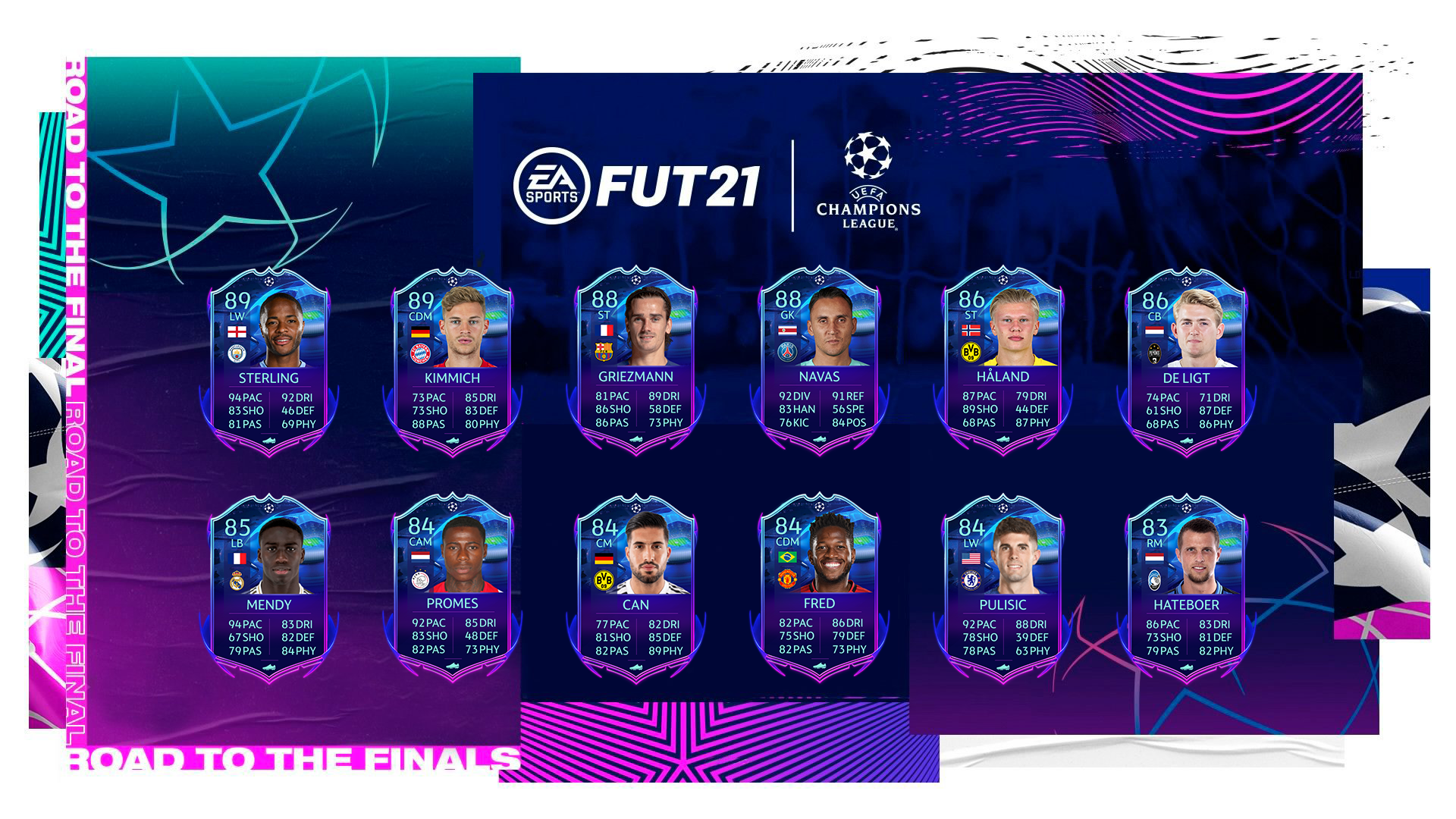 EA Sports have announced that the RTTF promo will return to Ultimate Team on Friday November 6 and so we have made some Fifa 21 Road To The Final predictions. For those who don’t know what the Fifa 21 Road To The Final promo will entail, basically EA will release some special cards that will receive rating upgrades as the player’s club progresses through the Champions League/Europa League competition. There will be RTTF cards for both the Champions League and Europa League. In the image below you can see how the progression system works based on the RTTF promo in Ultimate Team last year. Even once the promo ends, the players eligible will still be upgraded throughout the rest of Fifa 21.

For the Fifa 21 RTTF promo, the chosen special cards will be obtainable through packs, SBCs and objectives. To give you an idea of who could be in the promo this year, Gaming Broadband have created some Fifa 21 Road To The Final predictions for players we think could be featured. Take a look at our Fifa 21 RTTF predictions below:

The Road To The Final promo is usually released twice in Fifa Ultimate Team. It is released once, which will be Friday November 6, and released again later on in the game. When they are re-released, the players will be in packs with their upgraded ratings. Some players you pack the second time around may have already been knocked out of the competitions and therefore will no longer be able to receive and upgrade.

If you are a passionate Fifa 21 player, you may be interested in our Gaming Broadband plans as we provide gamers with ultrafast, low latency broadband. To see what you can get, you can always use our availability checker.