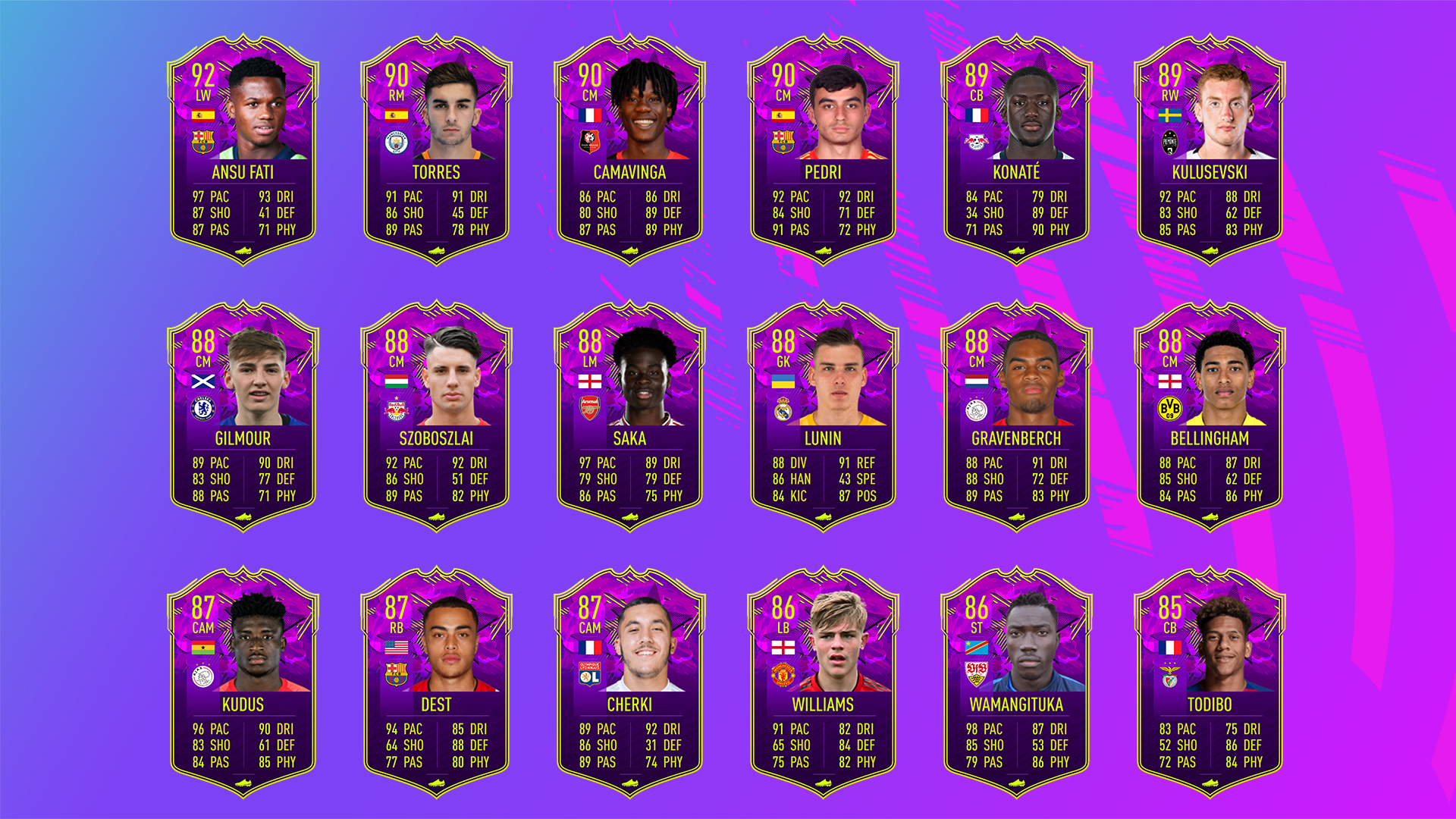 Future Stars is without a doubt one of the most anticipated promos in Fifa and is set to be released in Fifa 21 very soon. The Future Stars promo made its first appearance in Fifa Ultimate Team 2 years ago, and instantly became a fan-favourite.

For those who aren’t aware of what Future Stars entails, EA release high-rated cards for the brightest, young prospects in the footballing world. The rating of a player’s Future Stars card reflects the potential rating they could get at the peak of their career. To be eligible for a Future Stars card, the player must be aged 23 or under and have not yet become an established global star.

One of the most loved factors about Future Stars is that the players who are featured in the promo usually have low-rated or “unusable” base cards in Ultimate Team. As they are low-rated cards, fans who would like to feature them in their Ultimate Team can’t because they would be at a disadvantage. However, by receiving a Future Stars card and having their ratings and stats boosted, their cards become “usable” and the fans can enjoy using their favourite youngsters in the game.

To give you an idea of what players to expect this year, we have made some Fifa 21 Future Stars predictions. The majority of Future Star cards are released into packs, however, some players are available through Squad Building Challenges (SBCs) and objectives. Last year, EA ran the promo across a 2 week period with 2 separate Future Stars teams, so perhaps we will see the same in Fifa 21 too.

In order to create our Future Stars predictions, we have researched and identified some of the most hyped youngsters in the world who have exceptional potential. As mentioned, the ratings for each player are based on the potential rating they could get at the peak of their footballing career. So here we have it, take a look at our Fifa 21 Future Stars predictions in the image below.