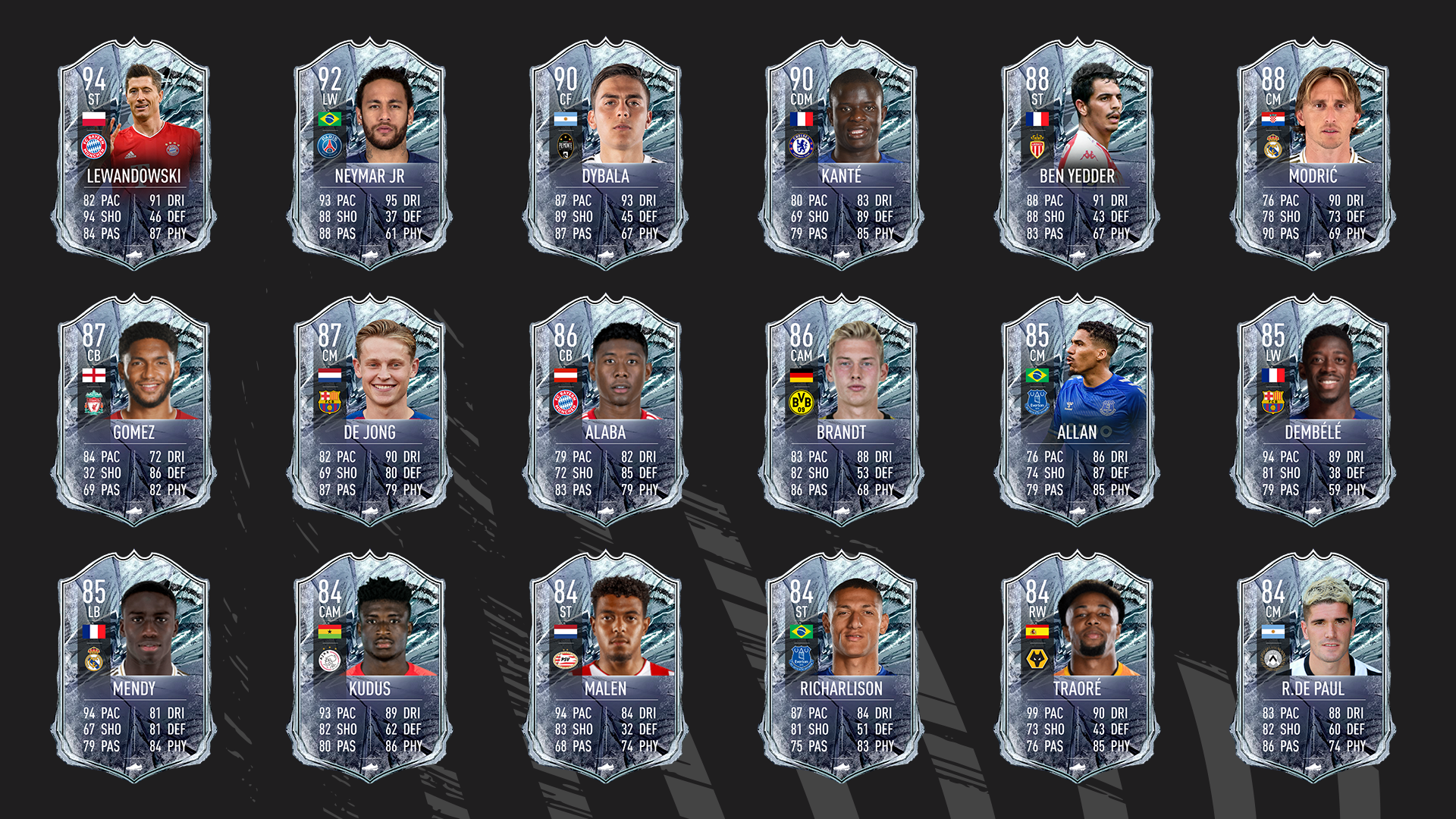 This year for Christmas, EA are giving players something a little different to what we would normally expect. It seems as if the usual Futmas promo will not be seen in Fifa 21, but as a replacement, we are getting the Freeze promo instead. However, as EA Sports have announced that the Freeze promo begins on Friday, December 11, there is a possibility Futmas may come to Fifa 21 Ultimate Team closer to Christmas, but nothing is confirmed. From the image below, we can see that the Freeze promo will consist of:

The format for the Freeze promo is slightly different to how Futmas usually works in Fifa, so maybe it is not a replacement. Usually for Futmas we would receive 2-3 player SBCs a day and no Futmas cards would be put into packs.

In order to give you an idea of what players could be featured, we have created some Fifa 21 Freeze promo predictions. We have based the players chosen and their upgrades based off of last year’s Futmas promo as this is the most appropriate promo to go off. As mentioned above, there is going to be a FUT Freeze Team that will be available in packs and also 1 Freeze player SBC a day. Our predictions are for either; maybe they will be available in packs, or maybe the cards we predict could come as an SBC. You can take a look at our predictions for the Freeze promo coming to Fifa 21 Ultimate Team below.