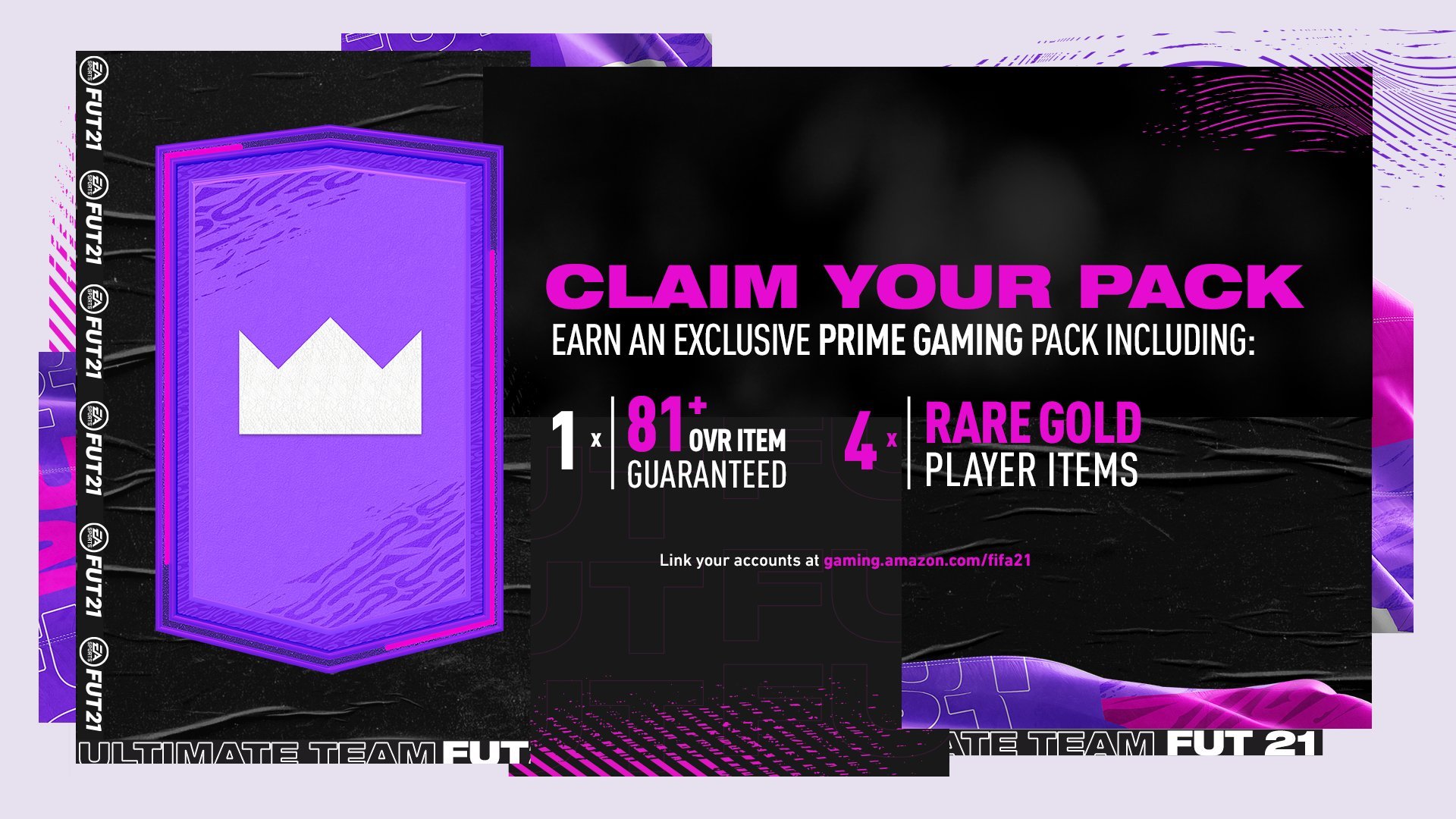 After Amazon acquired Twitch in 2014, the pair announced a premium service called Twitch Prime before later changing its name to Prime Gaming. If you have an active Amazon Prime subscription, then you can link your Amazon Prime account to your Twitch to benefit from Prime Gaming’s premium features:

One of the exclusive game loot items available right now is a free Prime Gaming pack for Fifa 21 Ultimate Team.

How Do I Claim My Prime Gaming Pack For Fifa 21 Ultimate Team?

To claim your free Prime Gaming Pack you will need to do the following:

What Is In The Fifa 21 Prime Gaming Pack?

The Prime Gaming pack is arguably one of the most exciting packs to open in Ultimate Team. Not only does it include rare gold players, it also gives you a player pick. Player picks are a fan-favourite, not just because of the excitement when opening, but because they often contain high rated players. The Prime Gaming pack contains:

We would recommend not opening the pack until there is a promo active with players in packs. This will give you the best chance of getting a high-rated player.

How Many Fifa 21 Prime Gaming Packs Can I Get?

Once all of your accounts are linked, each month, when a new pack is released, you need to return to the Prime Gaming Games and Loot page and redeem the pack. The next time you then head into Ultimate Team, the pack will be available for you.