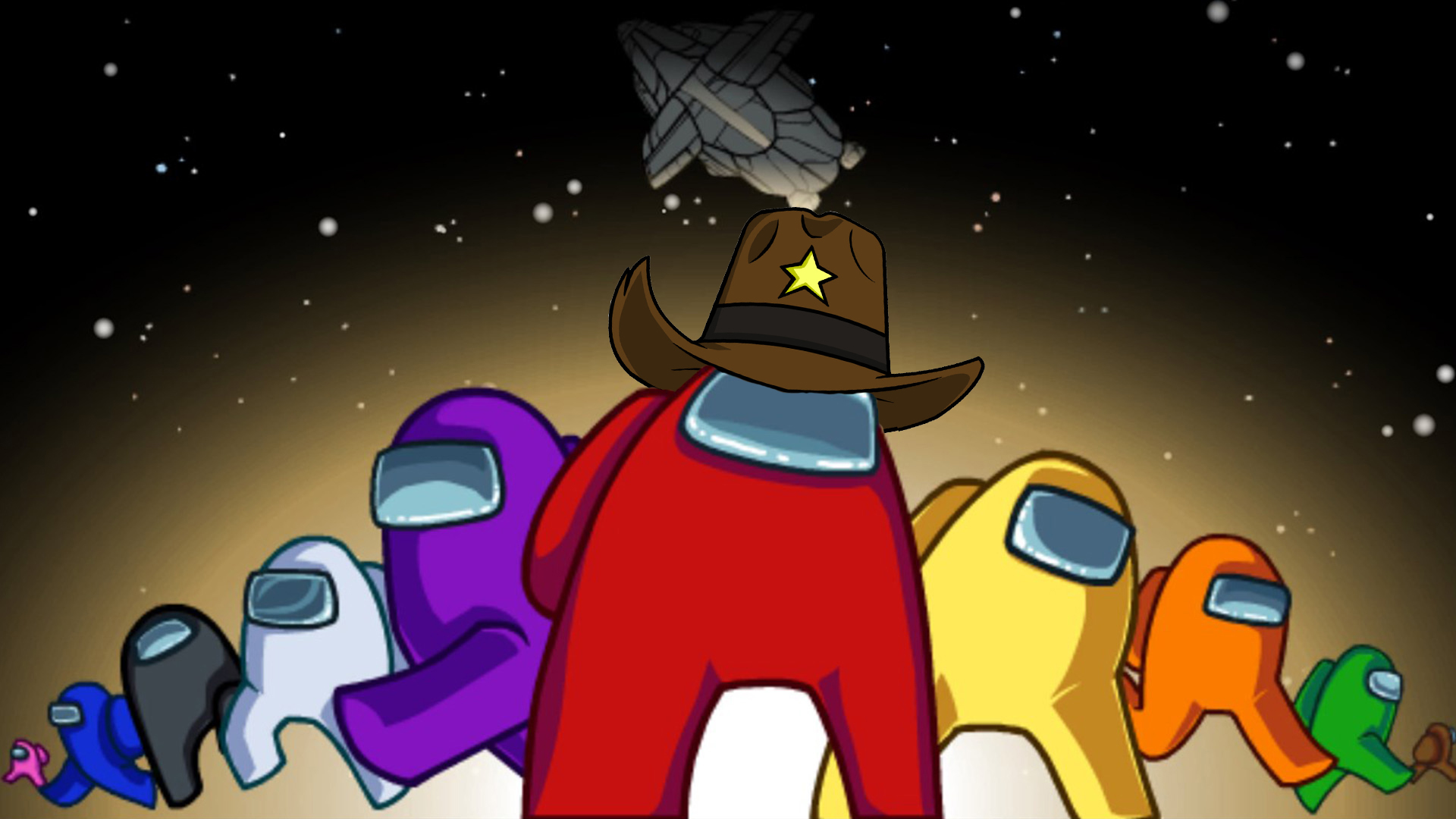 There’s a new sheriff in town, and by town, we mean a rocket in space.

Yes, that’s right, we have a brand new Among Us game mode to cover.

Many readers will be familiar with the Innersloth title – released in just August 2018, the murder mystery game holds a unique form of gameplay in the modern gaming sector, but it has grown to become quite the phenomenon with online players.

How do you play Among Us?

For those that aren’t clued up on Among Us, the game is nice and easy to follow. Based on a rocket, ten characters navigate around a map through specific walkways and rooms – there are no shortcuts. Basically, it’s like a futuristic and digitalised version of Cluedo.

The maximum amount of players allowed inside a lobby is ten, eight of which are crewmates, with the other two being secretly given the job of being an imposter. The crewmates must go around the map and complete their set tasks – these are small little jobs to do inside the game, typically just involving clicking a few buttons.

The imposters though, have no tasks, their only duty is to kill all the crewmates to secure the win. A dead crewmate will remain inside the map, and should anyone stumble across it, they are able to report the body.

Players must then speak over their mics and provide their alibis, or conjure up a sneaky plan to clear them of the kill. Each player can then vote (or skip) who they think committed the crime, the person with the most votes will then be kicked out of the game before the next round resumes.

Should the two imposters be voted from the game, the crewmates will secure the win. Alternatively, they can also prevail should all tasks be completed – this will take a few rounds to do though, unless the killers are just simply hopeless at their jobs.

New Among Us Sheriff Mode

Among Us mods have now introduced a new Sheriff character, who has the power to choose to kill anybody in the game. His duty is to identify an imposter and kill them, to which they will die immediately.

However, should the Sheriff guess incorrectly and try to kill a crewmate, the kill will bounce back on themselves, leaving them dead for the remainder of the game.

Essentially, the crewmates have been given an extra helping hand with this feature, as imposters are now at risk of dieing.

On the flip side, it does create room for more controversy inside lobbies. A Sheriff kill looks the same as an ordinary one, so fellow players will be suspicious of you, should you decide to pull the trigger. Is it worth the risk? The rewards are high, should your instincts pay-off.

How do you be the Sheriff in Among Us?

The Sheriff is randomly allocated to a crew member. If you are the Sheriff, your name title inside the lobby will show up bright yellow. Don’t worry though, as no other player can see this, other than yourself.

When you are the Sheriff, you will have the kill button in the bottom right-hand corner of your screen, just like the ordinary imposters.

Please note, this game-mode is an additional mod created by users, and not Innersloth themselves. If you wish to play the Among Us Sheriff mode, you will have to download the mod from GitHub. It’s free to play and certainly adds an exciting dimension to your gameplay.

Remember to keep your wits about you though, and keep your eyes peeled for any Western stand-offs inside your lobby.